The Morley route makes far more sense based on HS2’s own analysis!

UPDATE: HS2 Ltd now state that they incorrectly labelled the columns; Woodlesford and Morley have been transposed. We would like to see the evidence to support this huge error. This would mean that there are fewer demolitions on the Woodesford route. What else might they have got wrong?! 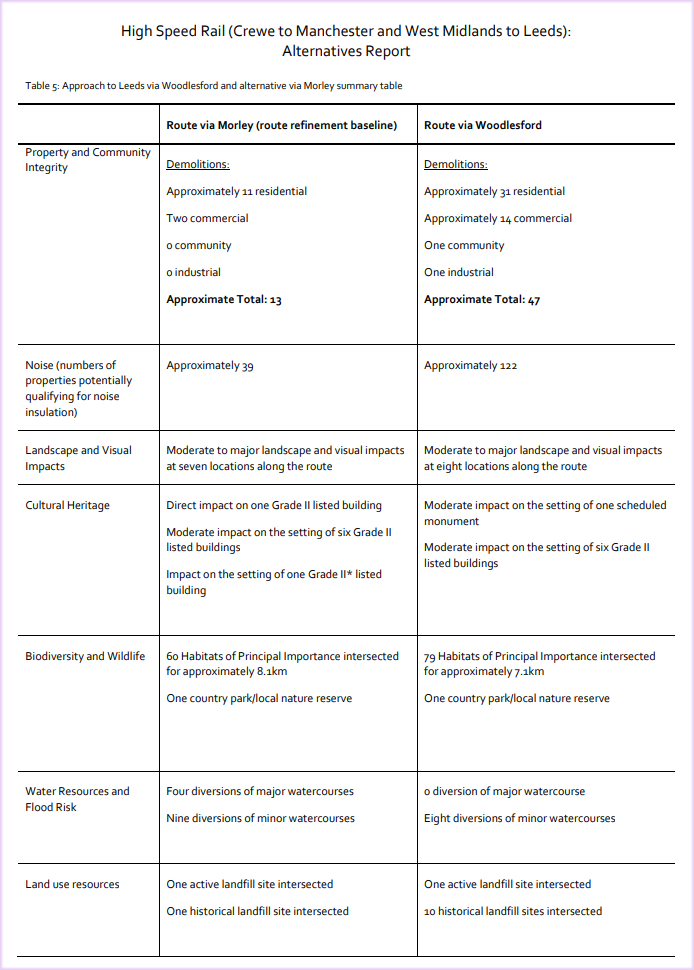 As many of us have always maintained, LCC are the primary reason LS26 is blighted. The truth is published by HS2 for the first time.

They try to support this by stating (4.5.133 page 107) that there would be fewer demolitions and less noise compensation by coming via Woodlesford…. however, table 5 (page 108) shows that the Morley route is far more sustainable with far less impact.

As we always said, LCC pushed HS2 into choosing New Street station knowing that Woodlesford would be decimated, that the alternative would have less impact, and that there were less problems to overcome.

Please take a look at our photos and videos that will give you an idea of the impact of HS2 on our area.

Join the discussion on Facebook to keep up to date with news as it happens and share knowledge.

Take a look at our illustration of the viaduct towering over Woodlesford and the spur heading for the tunnel under the village.